Through this experiment we found out that a pot is more conductive than the potato. We ended up using the potato as a stand for the LED, as it was not working.

First we create a simple circuit with the pot, a lithium battery and an LED. 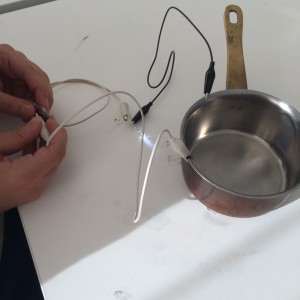 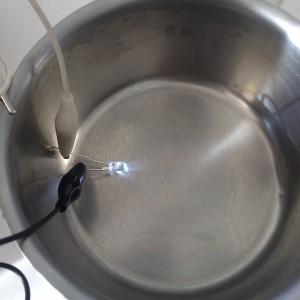 Then we added the conductive thread to the circuit . 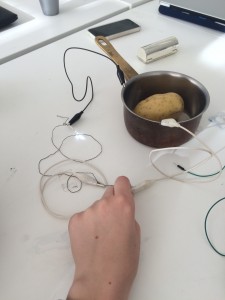 And finally, our circuit grew even bigger when we added a coin and a lipstick box, and used a potato as an LED stand. 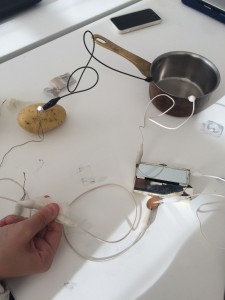 Then we created a circuit with two batteries and two different LEDs. 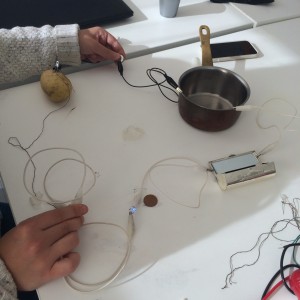 Though we noticed that neither of the LEDs worked with just one battery even when we used the same LEDs. Though they both worked with two batteries. 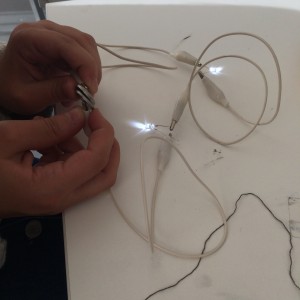 ← Previous Post
Next Post →
This is the portfolio of the class "Artisanal Tech (Fall 2015)" teach at the TNS Parsons Paris.